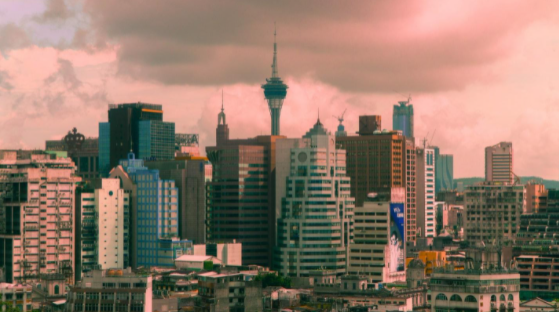 In recent years, Macau has become a more popular destination for international travelers from around the world. For decades, domestic travelers from mainland China have flocked to the city, which dots a number of small islands in the Pearl River Delta.

Back in 2018, Macau welcomed nearly 36 million tourists, according to the Macau Government Tourism Office. Clearly, the area is one of the world’s hottest destinations—so how have so few people heard of Macau until recently?

The former Portuguese colony has a range of attractions, the largest of which is gaming. As a SEA, casinos can operate in Macau legally—but it’s not just another iteration of the Las Vegas Strip. Instead, the casinos are some of the largest and flashiest in the world, which showcase architectural feats and Michelin restaurants to stand out.

Even better, there are cultural and historical attractions , which makes the area one of the most intriguing for global travelers in search of something they’ve never seen before. Keep reading for a basic guide to Macau’s best attractions.

As mentioned above, the main reason visitors travel to Macau is to take part in the vibrant casino culture. Though avid gamers fill Macau casinos, beginners often try their hand online first. In addition to free-to-play options, most sites also include handy guides and single-player options that make learning the ropes a little less stressful.

For example, roulette is one of the most popular games to play live online and in casinos. Sites that offer roulette typically include rule guides that cover the basics , which makes learning at an individual pace easier. Things on the casino floor can move pretty fast, so a mindful approach will go a long way.

And keep in mind that the casinos in Macau, most of which are based in an area called Cotai, also function as resorts. Aren’t interested in gaming? Don’t worry, most casinos also have top-rated restaurants, extravagant shopping centers, and even art galleries.

Check out these locations: The Venetian Macao (the world’s largest casino), Morpheus Hotel (designed by Zaha Hadid Architects), and the Grand Lisboa (home to a stunning diamond display).

As mentioned above, Macau is a melting pot of traditions based on its brief history as a Portuguese colony. One of the most tangible ways this heritage can be experienced is through cuisine. While guests won’t have any trouble finding some of the best French and other regional cuisines from around the world, it’s the local fare that’s worth sampling.

Local delicacies will largely be based on Southeast Chinese cuisine with European flair . For example, the Portuguese egg tart is a classic, as is the pork chop bun and prawn tartar. For adventurous eaters, there’s the sweet pork jerky and almond cookies.

There’s more to do than drift through casinos and sample the area’s local delicacies. For history buffs, there’s plenty in the way of cultural tours.

There are the ruins of St. Paul Church, which can be reached via cobbled streets, along with Senado Square. Taipa House will bring visitors closer to the daily living of historical residents, highlighting furniture and architecture typical to the area

There are also plenty of quality museums that highlight the area’s history, such as the fishermen’s wharf and the extensive gardens like Mount Fortress, Guia Fortress, and Mansão Evocativa. Animal lovers will be pleased to hear there’s also a Giant Panda Pavilion, which is open year-round.

Adventure lovers can dive into some of the stranger offerings around Cotai, which includes the world’s highest bungee jump from 233 meters on the Macau Tower Convention and Entertainment Centre. There’s also the SkyCab experience at Wynn Palace Resort, which is free.

Check out these attractions : A-Ma Temple and Pak Tai Temple (still active), Sun Yat-Sen Park (which features a Victorian greenhouse), and Coloane Village (a mix of Chinese and Portuguese architecture).