Warning: The following contains spoilers for Sunday’s Shameless. Proceed at your own risk!

The message of Shameless‘ series finale: Life goes on— well, except if you’re Frank.

After waking from his overdose, the Gallagher patriarch eventually ended up in the hospital, where he died of COVID. Frank’s spirit then visited the Alibi as the family (plus Kev and V) celebrated Ian and Mickey’s wedding anniversary. The party made its way outside, the gang singing Spoon’s “The Way We Get By” as an expensive car went up in flames. Frank then began to float up above the city on his barstool, his beer in hand, as a voiceover revealed the contents of his oh-so-Frank letter.

While Frank’s story came to a close, the rest of the characters’ futures were up in the air at end of the finale: Lip was contemplating a (much lower) offer on the house; Tami was possibly pregnant; Ian reassured Mickey that he would be a good father, so kids might soon be in the cards for them; Carl expressed an interest in buying Kev and V’s bar; and Debbie’s new convict girlfriend invited Debs to come with her to Texas.

TVLINE | When did you know how the series would end? Honestly, probably not too long ago, maybe after Christmas. We kept tracking what was going on with the virus and how would it impact the show. We were writing about a community that would be really impacted, economically and health-wise, by the pandemic. So we were kind of monitoring it, because we wanted to make sure we weren’t going to do something that, by the time it was on the air, would be anticlimactic and sort of post- [the pandemic]… We were really hoping that the pandemic ended and we would then rewrite everything at the end so it wasn’t all about this. But sadly, that’s not what happened, so we thought we had to deal with it in the world of Shameless and have an ending that reflected what was going on in the world for people who are living at the poverty line, and also that was still funny and Shameless in the middle of this tragedy that we’re all living. 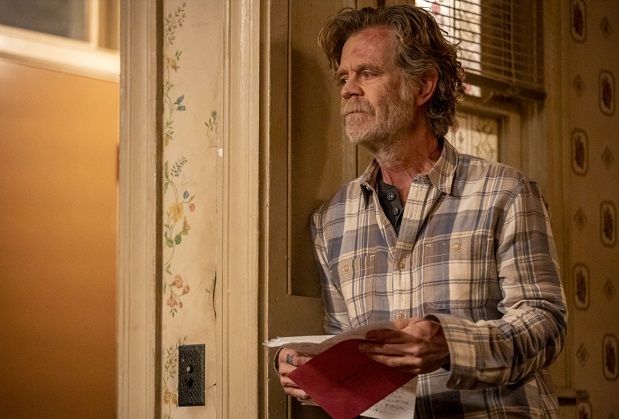 TVLINE | Most of the characters’ storylines are left pretty open-ended, except for Frank’s. How did you come to the decision that he needed to die in the series finale? Bill Macy and I had talked about it over the years, and we both felt strongly that while we’ve had a lot of fun with Frank, to leave it with the impression that there’s no consequences whatsoever for years of damaging behavior to his body between drugs and alcohol would be less than fair. So we had always talked about doing some kind of alcoholic dementia story. We had written it actually, or most of it, when we shut down in March. We were just a few days away from starting to shoot. As COVID got worse and worse over the late spring and into the summer, we realized we were going to have to rewrite, because we needed to deal with COVID in this community, because it was hitting low-income and disadvantaged communities really hard. So it became a natural conversation that maybe Frank would actually die of COVID — although I have to say, there’s so many comorbidities, about anything could have pushed him over. He’s like a huge Jenga tower that if you just touched [and] pulled out one more thing, [he’s] gonna fall apart.

TVLINE | Frank has had close brushes with death before as a result of his various health issues. When you have him die of COVID instead of drugs or alcohol abuse, how does that change the trajectory of the character? We tried to also have them talk about what all of his other problems were. So they bring out all of his medical records, they talk about how terrible his health is, and then in the little tag, he has so much alcohol in his body that he blows up the crematorium. We thought we were kind of doing a little bit of all the above. 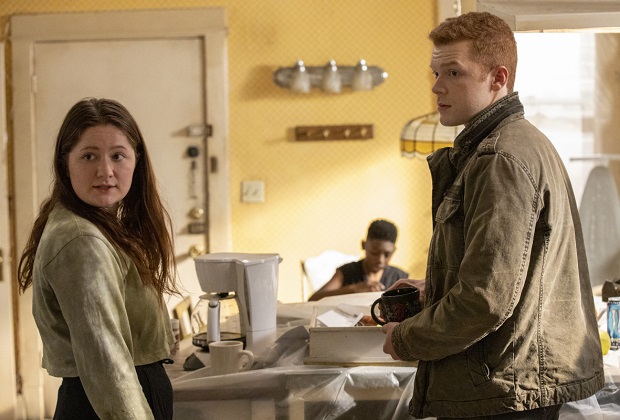 TVLINE | The other Gallaghers’ futures are hinted at but left open-ended. Was the idea to leave the door open for a spinoff or a revival? No, not really. The idea was to leave it looking like life, where you really don’t know what’s going to happen next, and let the audience members who have close relationships with a lot of the characters fill in the blank that you want to fill in. You can’t be wrong about what you think happens next. You’re going to have fun arguing about it or thinking about it, but it is for you to fill in the rest of the story for the Gallaghers, with the exception of Frank. I’ve been involved in a number of long-running shows. I just think it’s true to life, and just as a viewer, I always feel that I like that feeling. Just walking away from the ER [on ER], or there’s a new administration starting in Washington when Bartlet’s flying off and Santos was going to be president [on The West Wing]. That’s what I like in a story, so that’s what I did. I get to decide. [Laughs]

TVLINE | If you could picture a spinoff for one of the characters, which one would it be? Oh, it’d be a bunch of them. We originally intended to get a little farther in the story and have Carl buy the bar from Kev and V and turn it into a cop bar and have Debbie work behind the counter. I’d love to see what happens with Mickey and Ian in their married life and having some kids. I would love to see Lip take over a motorcycle shop and really get himself firmly on the ground and become more and more the patriarch for the rest of the family. There were a lot of stories we could have continued to tell. Showtime was ready to be done, and they couldn’t have been lovelier to us over the 11 years. So I have nothing but appreciation for all of the things they did for us, but I could have kept doing it.

TVLINE | Has there been any talk, though, with your partners at Showtime or Warner Bros. about revisiting these characters down the road? No, and I watched them bulldoze the sets into a dumpster, so I don’t think anybody’s anticipating it. We’d have to see. I haven’t really given it any thought. 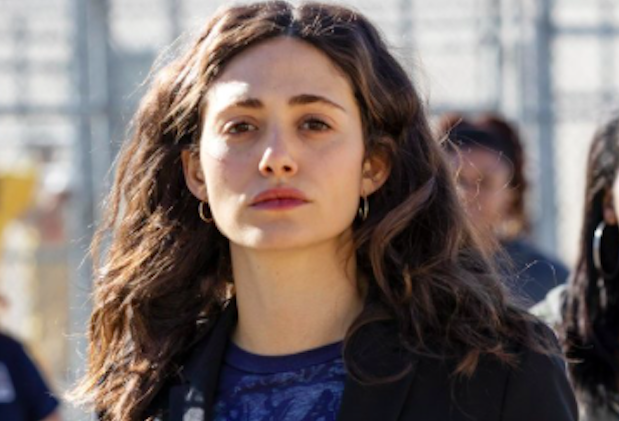 TVLINE | There was one notable absence in the episode, although we did see her in flashbacks. Did you try to get Emmy Rossum back for the finale? Yeah, and she very much wanted to [come back], and we worked and worked on it. She lives in New York with her husband, and we managed to time it just at the wrong time, unfortunately. We hit the second or third time everything shut down with two-week quarantines. So just the timing didn’t work out. It was disappointing for all of us, and especially for Emmy, but with her other obligations, she couldn’t go back and quarantine for two weeks in New York after being in Los Angeles. It’s sad. A minor inconvenience given the major tragedy of the pandemic, but sad for all of us, nonetheless.

TVLINE | What would you have done if you had been able to have Fiona in the finale? What was your original vision for her? I never really got that far, honestly. But what we were talking about was that with the information that the family had about Frank’s dementia, she was going to come back and deal with Liam’s guardianship and deciding where Liam was going to be as they sold the house and be a part of all those decisions, [and we’d] have some more moments with Fiona and the rest of the family. Because it was so hard to work out, we never got to the point [of] actually writing it and then having to ditch it, but that was the intent. Emmy’s one of my favorite people, so I would have just loved to seen her just as a friend.

TVLINE | The final image of a show is so important, and you get a couple different ones because you have the montage with the family singing, you have Frank floating up, you have his letter being read out loud. Talk to me about what you wanted to convey in that final moment. We wanted it to be shameless. Bill and I talked a lot about if [Frank] wrote a suicide note, it would be full of grievances, because that’s Frank. And then to set that against the family actually having survived and being adults and having fun and being themselves while he’s sort of narcissistically talking about himself seemed like the right way to go. So we were trying to balance some humor with character work with heartwarming [scenes], seeing all the family together again just like they were in the pilot episode that we shot 11 years ago. We were trying to balance it all out. I think we pulled it off. You never know when you’re trying to shoot things like having the main character die and float up into the air whether it’ll work, but it’s all Shameless. One of the great things about Shameless is that it’s so shameless that you can do things that you would never do on another show. [Laughs]

TVLINE | The contents of Frank’s letter are not, I would say, warm and fuzzy, and his kids never really have a moment of closure with him. Was it important for you that the finale not betray their troubled relationship and that it stayed true to who Frank really was? Yes. We tried thinking about it, and I tried writing, a couple of different times, the scene where they find out, and I just thought it was the wrong note to end on for Shameless. Shameless, for all of our craziness and outrageousness, was about joy and about family and about people looking out for each other. The idea that they were all going to be teary around trying to figure out what to do with Frank’s ashes didn’t feel very Shameless-ly to me. You want to kind of go out on the tone that you came in with. 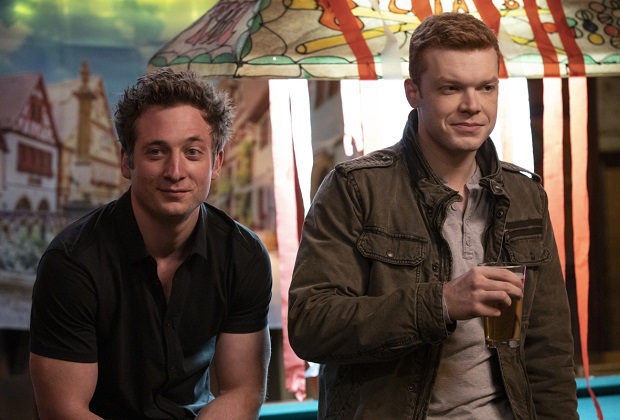 TVLINE | Do you have a favorite moment from the finale, something that really stands out for you? Yeah, I have a lot of favorite moments from the finale, but Lip and Ian talking during the Polish one-year anniversary party, when Ian offers Lip his portion of the money, and then Lip turns it down and discovers that they all thought that he was a big part of what got them through. The reality in that family and in many families is that the older siblings end up being the ones who are the mom and the dad when the mom and the dad aren’t really capable of being adults. Fiona and Lip raised their siblings. I really enjoyed getting somebody to really say that to Lip, because it’s not what he thinks of himself, of who he is.

TVLINE | One last question because it’s something that’s going to plague me for a while: Does Debbie actually go to Texas? [Laughs] We had a big argument about it in the room. Several people think she would never go. I actually think she does, but I think she comes back like six weeks later, with a tan and Frannie in tow. [Laughs] One of my favorite characters, and Emma [Kenny’s] so wonderful in the part. [Debbie is] crazy, genuinely out of her mind. She’s that person in your family who, like, just does that.

Shameless fans, what did you think of the series ender? Grade it below, then hit the comments!